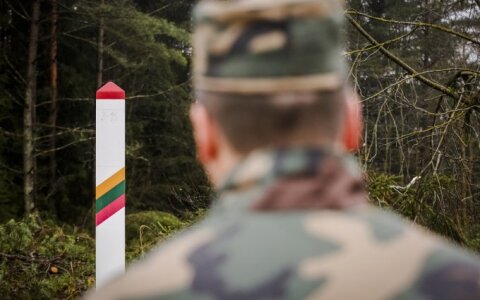 Lithuanian border guards on September 23 detained a Latvian woman for illegally transporting three Indian asylum-seekers from Latvia across Lithuania to the border with Poland, the State Border Guard Service said.

The 65-year-old woman's car with Latvian license plates was stopped for a check on the Lazdijai-Sejny road at around 3:30 a.m.

The car's passengers were three Indian citizens, aged 28, 30 and 35 years, who had applied for asylum in Latvia. With decisions on their asylum applications still pending, they had no right to leave the country.

The Latvian citizen was arrested. The Indians, who were on their way to Western Europe, were handed over on Friday to Latvian officials.

This is the second such case this month. Lithuanian border guards on Sept. 4 detained a male and a female of Afghan origin, both citizens of the Netherlands, as they tried to cross into Poland with ten Afghan citizens aboard their minivan.

The ten Afghanis had also left Latvia without waiting for decisions on their asylum applications.