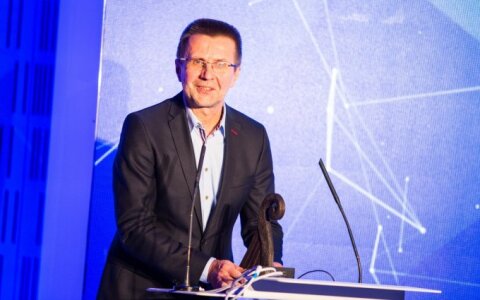 Professor Virginijus Šikšnys, biochemist of the Vilnius University's Institute of Biotechnology, has been awarded the elite Warren Alpert Foundation Prize for his remarkable contribution to the understanding of the CRISPR bacterial defence system and the revolutionary discovery that it can be adapted for genome editing.

At a ceremony at the Harvard Medical School, Šikšnys was awarded along with four other researchers, sharing a prize of 500,000 US dollars, the Vilnius University said. By now, 54 scientists have received a total of 3 million US dollars. Eight of them were later awarded the Nobel Prize.

The foundation annually receives between 30 and 50 applicants from across the globe.