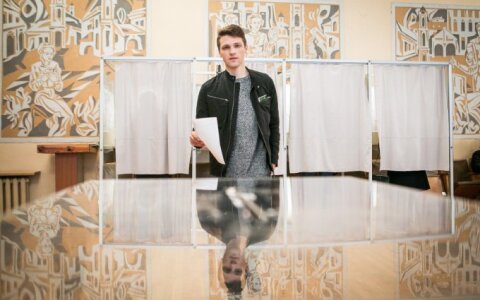 The Conservatives and “Peasants” obtained better election results than predicted by polls through voter loyalty, low turnout among the Social Democrat electorate and the various scandals surrounding the incumbent coalition government believe sociologists.

Polls by the Vilmorus and Spinter Tyrimai agencies in September predicted far greater support for the Social Democrats. Both the Homeland Union – Lithuanian Christian Democrats (TS-LKD) and Liberals posted better results than predicted, with the Liberals taking 9% of the vote, despite predictions that hovered around the 5% vote barrier.

Related articles
ELECTIONS. Who will form a coalition and who will take the most desirable posts?
Parties' ratings and ELECTIONS results: now and then, what to expect?

The heads of both agencies concur that the largest discrepancy is in regards to the Social Democrats (LSDP), albeit they see different explanations for it. Director of Vilmorus Vladas Gaidys believes three factors were involved – the Labour Code, the scandal in the Ministry of National Defence related to LSDP minister Juozas Olekas and the usage or lack of usage of social media. He also adds that being first in the electoral listings shifts selections during opinion polls, but not during the elections themselves because people often come to vote, having already decided on who to support.

Spinter Tyrimai leader Ignas Zokas finds that one of the reasons for the discrepancy in support for the Social Democrats is that those supporting the LSDP in polls are typically those less interested in politics, thus less likely to go voting.

Both sociologists agree that the TS-LKD and Liberal Movement had better than expected results due to high turnouts among their electorates, party support and advertisement on social media.
“The rightists mobilised, mobilised a significant amount of youth. The impact of social media has different interpretations, but I believe that it works, a generation is coming which will be voting,” mused I. Zokas. V. Gaidys also highlighted the stability in electoral turnouts for parties such as the TS-LKD, with 70% of their voters stating they will definitely participate in the voting.

According to Zokas the Liberal Movement was the most unpredictable success story, with ratings having recovered somewhat after Eligijus Masiulis’ scandal, only to drop again on Masiulis’ attempt at explaining himself on television.

“In this case a discrepancy exists, but I would think that in this campaign, after the whole Masiulis scandal, it became unethical to vote for the Liberal movement, as if you were voting for corruption and theft. It was a sort of moment of keeping one’s true intentions to oneself,” spoke Zokas.

LSDP – 15.6%, LVŽS – 14%, TS-LKD – 13.7%, Labour Party – 5.2%, Liberal Movement – 5%, Order and Justice Party – 4.9%, Anti-Corruption Coalition of Naglis Puteikis and Kristupas Krivickas – 4.6%, Polish Electoral Action in Lithuania – Christian Families Union – 4.2%. The head of Spinter Tyrimai added that this poll did not include a question asking if the voter intends to attend the election.

According to Central Electoral Commission data, with 1995 of 1996 districts votes counted, the TS-LKD and LVŽS respectively earned 21.66% and 21.54% of the vote. The LSDP earned 14.43% of the vote and the Liberal Movement 9.04%. The Polish Electoral Action in Lithuania – Christian Families Union and Order and Justice Party both also managed to pass the 5% vote barrier.