Seimas confirms commitments to NATO, strategic partnership with US 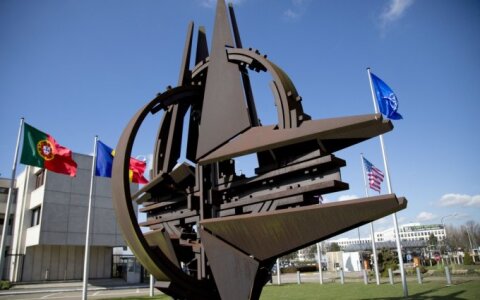 Lithuania's parliament restated its plans to meet the commitment to NATO in terms of raising defence funding and reasserted the importance of strategic partnership with the United States.

The resolution was Thursday supported by 116 Lithuanian parliamentarians.

In his call to support the resolution, Egidijus Vareikis of the ruling Lithuanian Peasant and Green Union stated that the United States today needed allies, emphasizing the importance of the document.

The resolution on strategic partnership with the US stipulates that Lithuania had always been a reliable US partner in Europe and the Baltic Sea region and would continue on the course.

The Lithuanian parliament restated its willingness to promote closer bilateral cooperation with the US on levels of political parties, as well as business, academic and expert level of other fields.

"Lithuania commits itself to consistent NATO membership by boosting its defense, raising its funding to reach at least 2 percent of the GDP as early as in 2018, modernizing its Armed Forces and contributing to international Allied operations," reads the document.

It underlines that the US leadership and involvement in Europe is the basis for the continent's security and prospering.

"Lithuania together with the United States of America is ready to further develop trans-Atlantic ties, including fostering of principles of freedom and democracy, enhancement of NATO's visibility and military deterrence measures in Central and Eastern Europe, creation of mutually-beneficial free trade area, development of strategic projects in fields of economy, energy, security, etc.," reads the document.

Seimas confirms commitments to NATO, strategic partnership with US