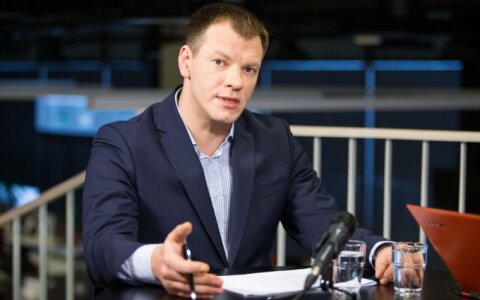 Lithuania's Finance Minister-Designate Vilius Šapoka says that value-added tax (VAT) privileges for heating of homes is a faulty scheme, which will, however, continue until the end of this heating season.

"We will discuss the issue, I have no direct answer yet. But everyone probably understands well that the the character of the privilege is faulty, as it is used by the residents who need the privilege and those who are, in the back of their minds, ashamed of using it," Sapoka said in an interview to BNS.

Asked whether the privilege would be extended until June of 2017, the future finance minister said that a decision would be taken shortly.

In Sapoka's words, the new government will also decide on other VAT privileges, for instance, the 5-percent VAT tariff on expensive medication not compensated by the state.

Currently, the privilege VAT on heating is 9 percent, while the standard is 21 percent.