Atmosphere heating up in the TS-LKD – chairman campaign begins 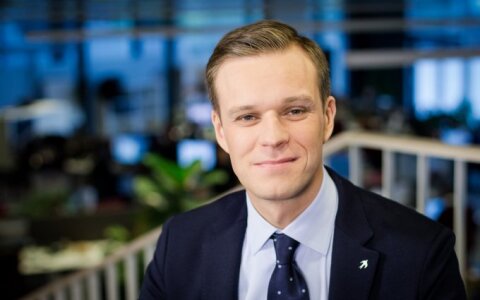 In February it will become clear what the fate of current Homeland Union – Lithuanian Christian Democrat (TS-LKD) Chairman Gabrielius Landsbergis will be; the party will vote for a new chairman. His main opponent is seen to be former Lithuanian ambassador to the United States Žygimantas Pavilionis, however he has yet to reveal whether he will challenge Landsbergis.

M. Majauskas feels that the party has lost focus and proposed a shift toward social problems as a potential focus. He did not conceal his chances to win are rather slim, but noted that discussion inside the party is needed and the elections should bring it about.

P. Saudargas has not formally submitted his candidacy, but declares an intent to run for the post of chairman. He stresses the need to focus on traditional party values and electorates, stating that “There is no need to reinvent the bicycle here.” Similarly to Majauskas, he did not see himself as the most likely to win, suggesting G. Landsbergis is likely to remain in his post.

Other potential candidates, Laurynas Kasčiūnas and Ž. Pavilionis have been reluctant to reveal whether they will run for the post, having time until the coming week to decide. Pavilionis praised the democratic processes within the party and G. Landsbergis’ decision to initiate the election process ahead of time, noting that it is a good time to review the party’s views and values, given the numerous current pressing problems from Astravyets to the Kremlin.

Other potential candidates Irena Degutienė, Monika Navickienė and Mantas Adomėnas instead expressed their support to incumbent chairman Landsbergis, while former chairman Andrius Kubilius does not intend to run for the post.

ISM University Economics and Political Studies program head Vincentas Vobolevičius views the early elections as a strategic move by Landsbergis. He points to the campaign failings between the successful first and failed second round and that earlier elections prevent adequate mobilisation for Landsbergis’ critics.

TS-LKD has yet to come to agreement whether the elections were won or lost, given the party’s strong showing in the first round, but also the particularly poor showing in the second round, leading to a lower number of mandates than after Andrius Kubilius’ conservative government’s in the post-crisis elections.

Vobolevičius believes that the circumstances behind these internal party elections favour Landsbergis due to the lack of time rivals have to campaign against him, but notes that a first round win is unlikely due to votes being siphoned off by candidates such as M. Majauskas. The political scientist predicts a showdown between Landsbergis and a Christian Democrat candidate in the second round, be it P. Saudargas or Ž. Pavilionis, who Vobolevičius is certain will run for the post, perhaps using it as a platform to enter the presidential elections in 2019.

Of the two Christian Democrat candidates, Vobolevičius believes that Pavilionis has better chances of winning against incumbent Chairman Landsbergis. While Pavilionis and Saudargas represent similar ideas, Saudargas would struggle to attract support outside the Christian Democrat wing, while Pavilionis’ identity as a progressive former ambassador linked to the West could attract extra voters to his cause. Vobolevičius concludes that G. Landsbergis is nevertheless the most likely to remain chairman, though Ž. Pavilionis could change much by participating.

Campaigning has already started inside the party with Landsbergis’ letter noting moods of exhaustion and disappointment following the election results. He expresses intent to take responsibility for the results, while calling for unity inside the party. The chairman also mentions the image the TS-LKD has in broader society, one of arrogance and insensitivity to the problems of the general public.

He rebukes such a view, stating that the party is only turned to for when difficult and unpopular decisions need to be made and calls for an overturning of such a trend, to focus on being a more open and more “bottom-up” party. He praises the steps the party took toward achieving this, but admits that there is still much work to be done, particularly in the regions where the party is not well liked.

Landsbergis denies that earlier chairman elections benefit him, claiming that his rivals have constantly been in contact with the branches of the party and have deep connections in them.

M. Majauskas on despairing and angry moods in the party

M. Majauskas calls out G. Landsbergis for the rushed chairman elections in his letter, while stressing the need for surpassing personal ambitions to show the party’s capacity to work with others in service of the country.

The politician stressed the need for resolving various sensitive social problems which have been left alone during the development of economy and finance, as well as energy independence. He explained that he had observed an atmosphere of concern, despair and often – anger – when visiting party branches, noting this is a result of a sense of exhaustion after four years in the opposition.

The TS-LKD chairman election first round will happen on February 11-12. All party members will be able to cast their vote. A first round victory requires the candidate to obtain in excess of 50% of the vote. In the second round, the two candidates with the most votes in the first round compete.

Atmosphere heating up in the TS-LKD – chairman campaign begins