Invest Lithuania to look at attracting investors to Salcininkai district 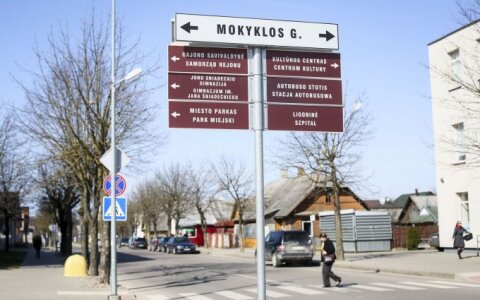 Invest Lithuania, the government's foreign investment promotion agency, will look at how to attract local and foreign investors to the district of Šalčininkai, in the southeastern part of the country, Prime Minister Saulius Skvernelis said on Friday.

Skvernelis noted that there had long been a request to establish a free economic area in the region.

"We will try to send an Invest Lithuania team to provide advice and look at whether all homework has been done so that we could seek both local and foreign investors for the Šalčininkai district," he said.

The prime minister singled out agriculture as one of the sectors that should be developed in the district.

The Šalčininkai district, where ethnic Poles make up around 70 percent of the population, has one of the largest unemployment rates in Lithuania. The rate stood at 10.9 percent in early 2017, above the national average of 8.5 percent.

Invest Lithuania to look at attracting investors to Salcininkai district