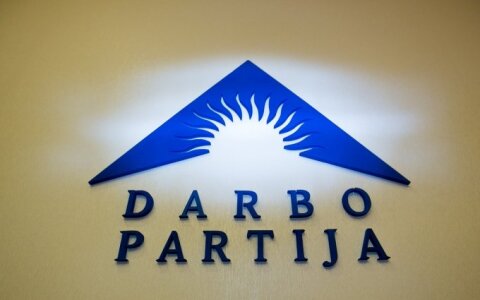 Suspicions have been brought against Arūnas Cicėnas, a co-owner of the road marking firm Kasandros Grupė, as part of a law-enforcement probe into suspected influence peddling in the Lithuanian Supreme Court's hearing of the Lithuanian Labour Party's fraudulent bookkeeping case, according to unofficial information available to BNS.

Law-enforcement officials on Thursday searched Kasandros Grupė's offices and the home of Cicenas, who is suspected of acting as a go-between in seeking illegal influence in getting Vytautas Gapšys, a former high-ranking member of the Labour Party, cleared of charges.

Cicėnas and Laima Cicėnienė, Kasandros Grupe's director and another shareholder, could not be reached by BNS for comment on Friday.

As part of the pre-trial investigation, law-enforcement officials have conducted searches at the Vilnius Regional Prosecutor's Office and detained Rita Aliukonienė, head of the First Division of Criminal Prosecution, on suspicions of large-scale influence peddling. Viktoras Aidukas, a Supreme Court judge, and Gapšys have been questioned as special witnesses in the case.