US House Speaker Ryan expected to visit Baltics next month 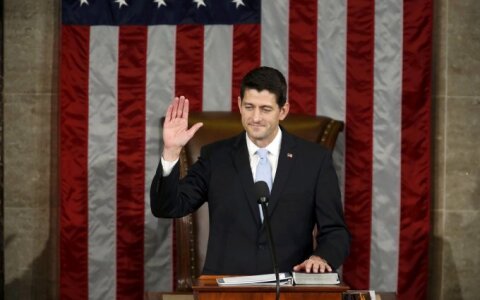 US House of Representatives Speaker Paul Ryan, America's third-ranking official after the president and vice-president, is expected to come to one of the Baltic countries next month, the media and diplomats have said.

The British newspaper the Times has reported that Ryan is likely to visit Lithuania, but diplomatic sources have told BNS that the US politician may come to neighboring Latvia.

A spokeswoman for the US embassy in Vilnius told BNS that "the embassy is not aware of plans for such a visit at this time".

Ryan's visit will probably be aimed at stressing that the US remains strongly committed to the defence of the Baltic countries despite President Donald Trump's controversial statements.

The Speaker of the House of Representatives is also expected to visit London, Brussels and Poland during his trip to Europe.

US House Speaker Ryan expected to visit Baltics next month