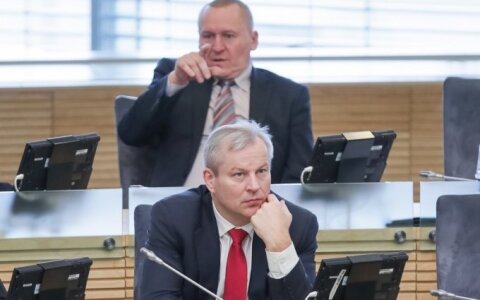 At its first meeting on Wednesday, the committee agreed to summon the department's current director Darius Jauniškis on Friday, as well as his predecessors Povilas Malakauskas and Gediminas Grina and the latter's former deputy Sigitas Butkus.

According to the plan, the committee should complete the scrutiny in eight meetings by April 14.

Last week, the parliament followed the opposition initiative to authorize the committee to conduct a separate probe of the national security threats of Bastys' links with Russian energy companies and criminal figures. The ruling coalition also opened impeachment proceedings against Bastys: a special panel has been set up and is due to hold its first meeting later on Wednesday.

The investigation and the impeachment were launched after the State Security Department specified Bastys' connections with Russian energy figures and Lithuanian mafia leaders. The MP says his contacts with the persons "could be viewed as unwanted relations in terms of ethics of a Seimas member," however, not a threat to state secrets national security.