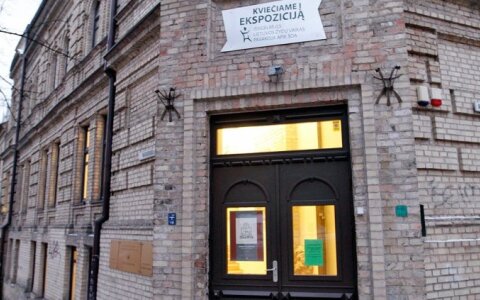 The Vilnius Gaon State Jewish Museum has expressed astonishment over the Lithuanian administration's plans of founding a new Museum of Jewish History in or next to the reconstructed Vilnius Concert and Sports Palace.

The Gaon museum said the government and the Lithuanian capital's administration should ensure support to the projects that are already in progress rather than found a new museum.

Markas Zingeris, director of the museum, says that reopening of the Museum of Jews of Lithuania in 1989 was the moral attitude of those who rebuilt Lithuania, and the idea became reality, however, the strategy and vision for Jewish heritage in Lithuania has lately been stalling. He maintains that decisions are taken without discussion with staff of the Gaon museum or the Litvak community.

"The ideas are brought to us from above without competent discussions, as if our budget did not have enough grand projects already. Vilnius does not need an unprofessional Jewish Disneyland, and this is all we can expect when we see the improvised manner of decision-making," said Zingeris.

The idea of founding a History Museum of Jews in the Vilnius Congress and Sports Palace was proposed by Vilnius Mayor Remigijus Šimašius and Prime Minister Saulius Skvernelis last Thursday. The prime minister emphasized that the museum should focus on the 600 years of Jewish history in Lithuania rather than the Holocaust.

About 90 percent of Lithuania's pre-war Jewish population of around 208,000 was killed during the Nazi German occupation between 1941 and 944.