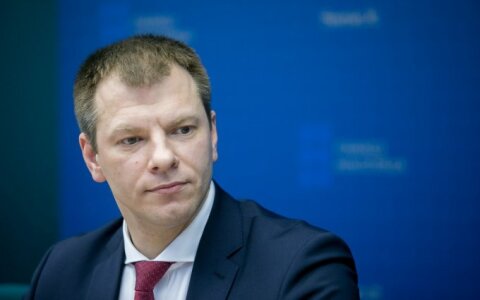 The Special Investigation Service's officials mistakenly listened to telephone conversations of Vilius Šapoka, who is now Lithuania's finance minister, for more than 20 days in late 2015 and early 2016.

"Due to a technical mistake, Šapoka's conversations were recorded, but the recordings were destroyed and (Šapoka) was personally informed about that," STT spokeswoman Renata Endružytė told BNS on Friday.

According to the paper, Šapoka's phone calls were listened to as part of a pre-trial investigation regarding an attempt by Daiva Gineikaitė, a former director of the National Land Service, to conceal that she had caused a car accident while under the influence of alcohol.

Reportedly, the STT planned to listen to phone conversations of Artūras Šulnius, a doctor at the Kaunas Clinic, but it made a mistake with a digit of his phone number.

Šapoka at that time held the position of director of the Financial Services and Markets Supervision Department at the central Bank of Lithuania.