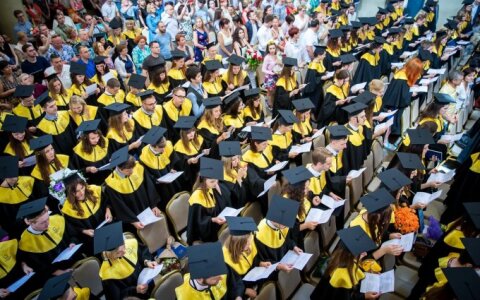 The Vilnius-based European Humanities University (EHU), whose students are mostly from Belarus, has completed its search for a new rector after without signing a contract with a finalist.

The selection committee interviewed three candidates chosen from a list of 29 candidates who submitted applications and selected one of them as a finalist, but no contact was signed after negotiations, EHU said on Tuesday.

The selection committee concluded that "no suitable candidate can be recruited at this time" and recommended that the search for a new rector be suspended until the second half of 2017, the university said.

"Acting Rector Jorgen Jorgensen has agreed to continue in his position through the end of 2017," it added.

The EHU is a private university that was established in Minsk in 1992, but was later closed down by Belarus' authorities. Reopened in Vilnius in 2004, it enrolls about 900 students, mainly from Belarus.