President to travel to Estonia for state visit 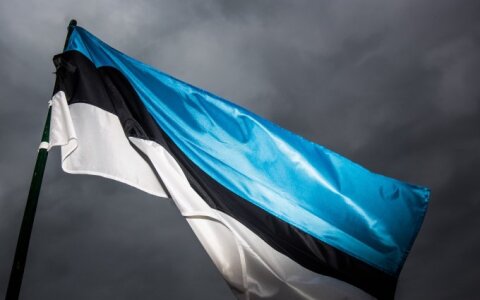 Lithuania's President Dalia Grybauskaitė is scheduled to pay a state visit to Estonia next week.

During meetings with Estonia's leaders on June 5-6, Grybauskaitė will discuss bilateral relations, the enhancement of the Baltic states’ security, defense and deterrence, and the implementation of regional strategic projects in the fields of energy and transport as well as other topical EU issues, the Lithuanian President's Office said.

According to the press release, Lithuania and Estonia neighbor an unpredictable Russia and face its direct conventional and unconventional threats. Both states are therefore bound by their all-out efforts to strengthen military, energy, information and cyber security of the region, to implement effectively NATO’s deterrence and defense measures, to synchronize the Baltic power grid with Western European network, to protect strategic infrastructure from cyber attacks, and to prevent the spread of lies and propaganda.

The visit will focus on innovations, advanced communications and digital technologies. The presidents of Lithuania and Estonia will open the EuroDIG event which offers a platform for a pan-European dialogue on Internet governance. Lithuania and Estonia are among the most advanced countries in the world with respect to the development of the Internet and e-technologies.

Grybauskaitė will also honor the memory of those who lost their lives for the independence of Estonia and will lay a wreath of flowers at the monument dedicated to heroes. She will visit the Old Town of Tallinn and the Estonian Maritime Museum where she will see the exposition of historic maritime equipment.

According to the press release, Estonia will take over the presidency of the Council of the EU in the second half of this year; therefore, Lithuania’s experience is of great value.

President to travel to Estonia for state visit