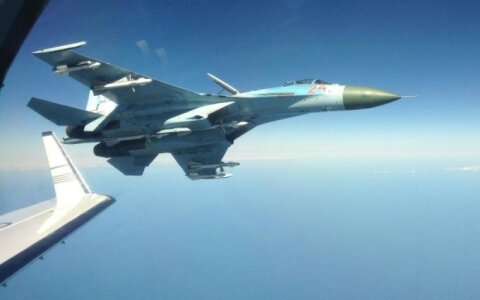 Fighter-jets serving in the NATO air-policing mission were last week scrambled once from Lithuania to intercept Russian warplanes flying in the international airspace above the Baltic Sea.

According to data provided by the Lithuanian Defense Ministry, the NATO jets last Tuesday identified and accompanied an IL-20 jet flying above the Baltic Sea from mainland Russia to its Kaliningrad region. It had its automatic transponder off, had a pre-filed flight plan and maintained contact with flight control centers.

NATO's Baltic air-policing mission is conducted from Lithuania and Estonia.