Estonia, Lithuanian fail to agree on how to synchronize power grids with Western Europe 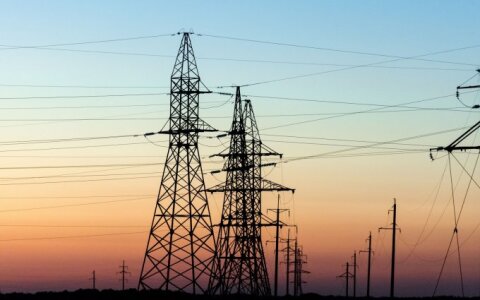 Estonia and Lithuania have so far failed to agree on how the Baltic power grids are to be synchronized with the Western European system and a memorandum of understanding will not be signed during the EU summit on Thursday, as planned, Lithuanian Energy Minister Žygimantas Vaičiūnas said, adding that this might be done later this year.

"First of all, our goal is the implementation of the (synchronization) project, not the memorandum as such. Basically, our key goal is to launch a formal connection procedure, which means that we have to submit an application for technical conditions," Vaičiūnas said at a news conference.

"The political memorandum is also focused on that goal. Thus, this (signing) is unlikely to occur this week. It should occur later. But, basically, the planned work and preparations for the application are ongoing," he said.

The minister said that the memorandum might be signed "at the junction of autumn and winter".

According to Vaičiūnas, the countries disagree on how many lines to Poland are needed. Lithuania maintains that the existing LitPol Link interconnector between Lithuania and Poland is sufficient, but Estonia insists on a second line to be built to ensure a higher level of security.

Estonia, Lithuanian fail to agree on how to synchronize power grids with Western Europe