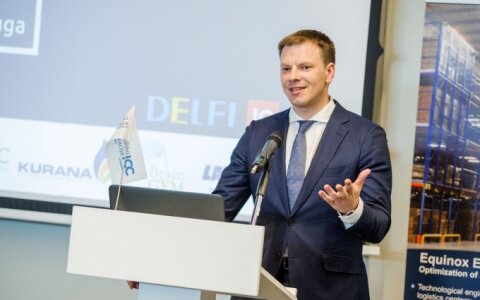 After Lithuanian politicians have reached agreement on reintroducing a reduced VAT rate for district heating, a lower rate will likely start to be applied as soon as this fall, Finance Minister Vilius Šapoka said.

"There is political agreement on the measure and the remaining issue is what rate we set. I think we will look at it in a comprehensive way to ensure that the rate is based on realistic numbers. We will make it known in late June," he told BNS.

According to the minister, one of the options that are being discussed is 15 percent, but EU legislation allows member states to have only two reduced VAT rates. Thus, Lithuania may have to discard one of the existing rates, 5 percent or 9 percent.

"Discussions are ongoing at the (European) Commission about giving member states the freedom to have as many rates as they consider necessary. However, there is no such piece of legislation yet," he said.

The VAT rate on district heating and hot water services was raised from 9 percent to the standard 21 percent on June 1.

Šapoka does not think that this year's budget will have to be revised after the reduced rate is reintroduced, saying that the revenue loss would be offset by the current above-target budget revenue collection.

"Looking at this year's revenue collection, the reduced VAT rate would not put pressure on the budget," he said.

The Lithuanian Farmers and Greens Union (LFGU) and the Homeland Union–Lithuanian Christian Democrats on Tuesday signed a deal under which the ruling party pledged to bring back a reduced VAT rate on heating as soon as this fall in exchange for the opposition party's votes in favor of a state forest management reform.