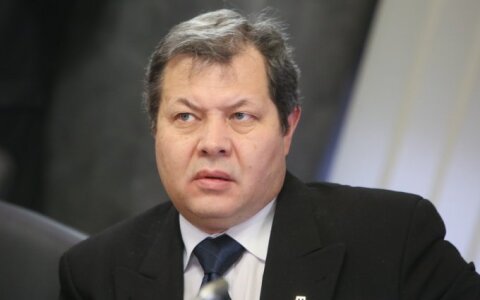 The Tatar community, which this year celebrates 620 years in Lithuania, hopes that the issues of recounting its history and construction of a mosque in Vilnius would finally get in motion.

"A political decision is still lacking, I don't know why. This may be due to insufficient understanding of history, when new people and new bureaucrats do not know about existence of a national community as the Tatars of Lithuania, which is one of the oldest communities in Lithuania," Adas Jakubauskas, chairman of the Union of Tatar Communities of Lithuania, told journalists at the parliament on Wednesday.

After a meeting with Parliamentary Speaker Viktoras Pranckietis, members of the community presented events of the anniversary year and called to attention their goal of building a monument and a museum in the old location of an earlier Tatar cemetery and mosque.

Related articles
We are patriots of Lithuania - head of Tatar community
Lithuanian Tatars threat to security: intelligence evaluation is nonsense

Pranckietis noted that some of the projects could be incorporated in the program of 100-year anniversary of Lithuania's statehood.