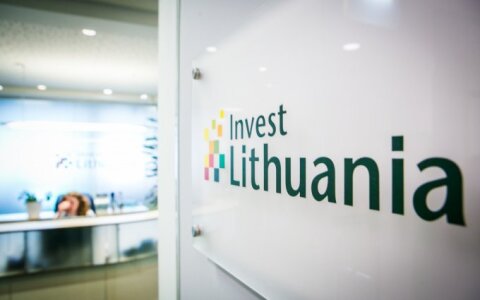 In an effort to attract more investments and protect Lithuania's interest abroad, the government has come up with an idea of replacing commercial attaches working in embassies with specialized envoys of institutions.

Supporters of the idea say the new scheme would allow easier appointment and recall of the representatives who would be more result-oriented. Meanwhile, critics warn against destroying the existing system, calling for better coordination of economic representation in Vilnius and Lithuania's embassies abroad.

Amid the differing positions, ministers of economy and foreign affairs agreed to first test the new system in Germany and Britain before making the final decision.

Lithuania's Economy Ministry has proposed discarding commercial attaches to Western countries and sending representatives of governmental agencies Invest Lithuania and Enterprise Lithuania instead. The ministry hopes to find some of the representatives among Lithuanians living abroad. Their functions would be better defined than those of the existing commercial attaches, for instance, some would only work with attracting investments, others would promote imports from Lithuania or tourism only.

"We want to have specialized people. We also want more flexibility. Commercial attaches are sent for three years, mobility, recall procedures are complicated and take time. If there is a representative of Invest Lithuania, there will be less coordination, furthermore, we will have an opportunity to use exiles," Economy Minister Mindaugas Sinkevičius told BNS.

The Lithuanian Foreign Ministry recently proposed moving all special attaches to its jurisdiction, however, other ministries opposed.

Diplomats say that the Economy Ministry's initiative would be too costly for Lithuania. In their words, many representatives should work with many functions, including investments, exports and corporate issues. Officials of the Foreign Ministry fear that specialized representatives would not ensure sufficient coordination of their operations with ambassadors, saying the functions would overlap and the envoys would have limited opportunities to work without a diplomatic status.