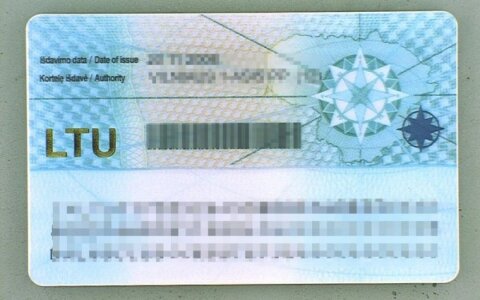 Lithuania's Parliamentary Speaker Viktoras Pranckietis is meeting on Friday with Justice Minister Milda Vainiūtė to discuss the initiatives discussed at the parliament that would pave way to the use of non-Lithuanian letters in ID documents.

The parliament is currently discussing two amendments on the spelling of personal names in ID documents.

One of the versions suggests allowing non-Lithuanian characters on the main page of passports, while the alternative bill envisages the use of non-Lithuanian letters of the Latin alphabet on an additional page.

The government has given a green light to the bill that would allow x, w and q, which do not exist in the Lithuanian alphabet, on the main page of passports.

The amendments would allow the original spelling for Lithuania's Polish community, if the applicants provide a source of the non-Lithuanian version of his or her first and last name.

The possibility would also be available to Lithuanians who assume names of their foreign spouses.