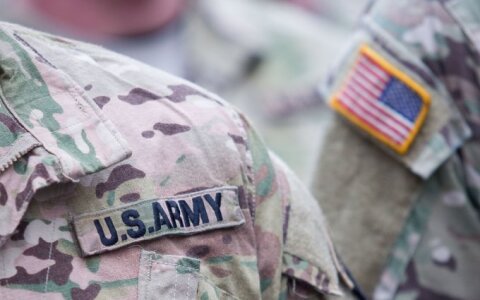 More than half of respondents in the United States think that the US should send troops to defend the Baltic states, if they were invaded by Russia, shows a recent poll.

In the survey, 52 percent of interviewed adult US citizens said they would support the dispatch of US troops to the NATO Allies of Lithuania, Latvia and Estonia, if they came under a Russian attack, which is an increase by 8 percentage points from an analogous poll three years ago.

The survey thus showed that increasing numbers of US citizens see Russia as a threat and want sanctions against it mitigated.

The survey of 2,020 respondents over the age of 18 in all 50 US states and the District of Columbia was conducted by GfK Custom Research on June 27 through July 19, with the results published by the research center, Chicago Council on Global Affairs.

Discussions are currently active in the United States about Russia's interference with US presidential elections. US intelligence suspect Moscow aimed to change the 2016 presidential race in favor of Republican Donald Trump.

A ripple of concerns had rippled across the Baltic states after the US president, Trump, pledged to improve ties with Russia during the election campaign and dismissed NATO as outdated. In an interview to The New York Times in July of 2016, Trump said that if Russia invaded the Baltic states, he would decide whether they should be helped after analyzing whether the three countries "met their commitments to us."

After election as president, Trump slightly changed his rhetoric about NATO for the better. Diplomats note the increased frequency of visits of officials of the new US administration to the region. In May, US Secretary of Defense James Mattis visited Lithuania, and US Vice-President Mike Pence went to Estonia in late July.

After Russia annexed the Ukrainian region of Crimea, the United States sent a few hundred troops to each of the Baltic states and Poland in 2014.