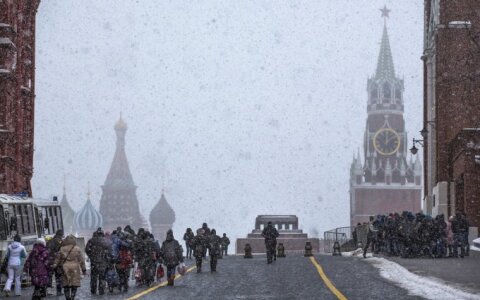 The Lithuanian Genocide and Resistance Center has failed since the start of this year to find a specialist who would be able to calculate the damages caused by the half-century Soviet occupation, Lietuvos Žinios daily said on Wednesday.

"We cannot pay the salary Latvians receive in this field. We do not have a person who would only do this job," Teresė Birutė Burauskaitė, director of the center, told the daily.

In her words, the center would pay a salary just above the average and the researcher with sufficient experience and motivation would have to search for and analyze archival documents. Burauskaitė said the center would need a historian for the task for at least a year.

She said the center's staff were doing some of the work in the field: "However, not to the extent we need a single person do, if he was just doing this. It is a complicated field."

In June, Russia's Ambassador to Lithuania Alexander Udaltsov stated Russia would not consider possible compensation of damages caused to Lithuania by the Soviet rule, adding that it was Russia that was entitled to compensation of 72 billion US dollars in Soviet-era investments in the Baltic state.