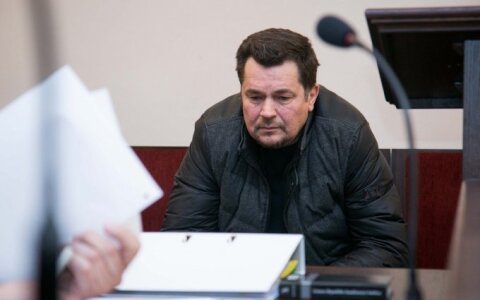 The Lithuanian Court of Appeals on Friday ruled to extradite Evaldas Rimašauskas, a Lithuanian national accused of swindling US tech giants Facebook and Google off 100 million US dollars via an email fraud scheme, to the United States.

(Updates throughout the text)
The court overruled the claim filed by Rimašauskas in a final ruling that is not subject to appeals.

"The grounds for extraditing Rimašauskas is the fact that the damage was allegedly caused to US-registered companies," the court said in a press release.

The Lithuanian Court of Appeals emphasized it was not examining the circumstances or guilt but "would have trust the information provided by the judicial institution of the country that filed the extradition request."

The charges on fraud, money laundering and identity theft were brought against Rimašauskas by a jury court of the US New York Southern County. The first two counts carry a maximum sentence of 20 years in prison.

Detained at the US request in Lithuania on March 16 of 2017, Rimašauskas remains in custody.

On July 17, a Vilnius court ruled to extradite the Lithuanian citizen to the US for prosecution. Rimašauskas filed an appeal against the ruling, his lawyer said Rimašauskas should be tried in Lithuania, where he is alleged to have committed the deeds he is accused of.

According to the court, US authorities provided data proving that the illicit business plan was orchestrated and implemented by Rimašauskas "and other unidentified persons" in 2013–2015.

According to the indictment, Rimašauskas was involved in the Google and Facebook fraud scheme, persuading to transfer the money intended to a Taiwan-registered company Quanta Computer Ine., which has long business relations with both companies, to bank accounts of a vague Latvian company, Quanta Computer Ine.

Google and Facebook were swindled into transferring funds to a Latvia-based company Quanta Computer by way of email correspondence, which was sent to US companies that mistook it for the correspondence with the Taiwan-registered company, Quanta Computer. The emails sent from sender email addresses, which looked exactly like the real Quanta, requested the payments intended for the true Quanta, consequently, the money ended up in the Latvian company's accounts in Latvia's SEB Bank in case of Google and Cyprus' Eurobank in case of Facebook.

The Lithuanian court said Rimašauskas had been notified of the indictment in the US trial and had been questioned as witness. According to the data provided to the court of appeals, an investigation into the actions has been started in the US.

"In light of this fact, the criminal proceedings should be completed in a single country investigating all criminal offense – the United States. This is the course of criminal proceedings that will ensure compliance of the process to the requirements of justice, as well as fast procedures," the Lithuanian Court of Appeals said.

Under the Lithuania-US treaty, after the extradition request has been satisfied, institutions of both countries should agree on the time and place of the handover.

Prosecutors say the time frame for factual handover is ten days, however, can be extended.