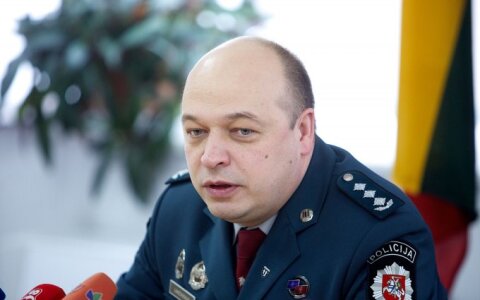 Kęstutis Lančinskas, a former Vilnius police chief and currently the head of the European Union's advisory mission in Ukraine (EUAM), is seeking the job of director at Europe's police agency Europol, several sources have confirmed to BNS.

Lančinskas is among six candidates shortlisted after preliminary rounds. The new director is expected to be named in late September.

Headquartered in The Hague, in the Netherlands, Europol assists EU member states in their fight against serious international crime and terrorism. The organization, which employs a staff of over 1,000 people, says that it provides assistance in around 40,000 international crime investigations annually.

Rob Wainwright, the current director of Europol, has been at the helm of the EU agency, which was set up 18 years ago, since 2009.

Lančinskas was appointed head of the EUAM last year after serving for almost seven years as the Vilnius county police chief. He held the post of Lithuanian deputy police commissioner general between 2005 and 2009.