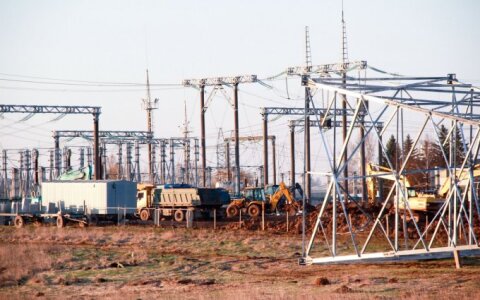 The project for synchronizing the Baltic power grids with the Western European system must be carried out as soon as possible, or otherwise energy security would be put at risk, Lithuanian Energy Minister Žygimantas Vaičiūnas said on Tuesday.

"We understand that we can't wait, because 2025 is the extreme deadline for us to be ready to implement this project," Vaičiūnas said on the Žinių Radijas radio station.

"It wouldn't be good if we waited and the Russian side prepared its system for our disconnection, which would make us susceptible to all kinds of energy blackmail. We can see technical steps (being made) in Russia and, therefore, we must be ready to operate in isolation," he said.

According to the minister, Estonia wants the synchronization project to be carried out via interconnections with the Nordic countries, but this would take more money and time than synchronizing through Poland.

Related articles
PM hails progress in relations with Poland
Estonia, Lithuanian fail to agree on how to synchronize power grids with Western Europe

"We are aware of the position of Estonia, which thinks that synchronization with the Nordic countries would be more favorable to Estonia, but that means that we would not achieve synchronization before 2030. This means that we risk our energy security. We are speaking not only about the price, but also about the possibility of the entire system going out. We can't take such risks," he said.

Vilnius maintains that the existing LitPol Link interconnector between Lithuania and Poland is sufficient for synchronization, a position supported by Warsaw but firmly opposed by Tallinn. Estonia had initially taken the position that the Baltic power grids had to be synchronized with Scandinavia via see cables across the Gulf of Finland, but it started to raise the issue of the number of lines after the European Commission said that synchronization via Poland would be the optimal option.

It is feared, however, that with Lithuania and Poland failing to agree on a second LitPol Link line, the completion of the synchronization project will be pushed back to 2030 or even later, from the currently planned 2025.

Lithuania's power transmission system operator Litgrid has proposed as a way out to build a second line after the Baltic grids have been synchronized with the Western European network and disconnected from the BRELL ring that also includes Russia and Belarus.