Mantas Kuncaitis. What are the implications Russia’s hybrid warfare pose for the European Security? (Part 2) 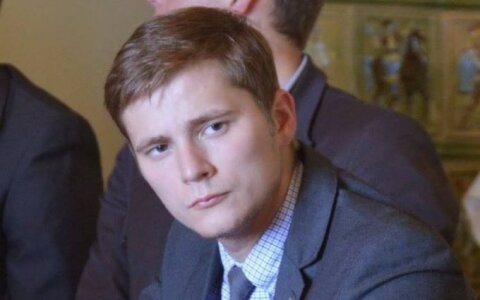 For the last decade Russia has been working hard to strengthen itself as a global actor by applying a 'holistic' mix of hybrid tools to weaken the neighbouring countries as well as to divide the EU and to influence the West, in general. Indeed, the primary objectives of Russia's actions are hard to define, however, it is suggested that the Russian political elite seeks not only to achieve control over 'its regions' and to weaken Europe but to also re-built its 'empire' (Kofman et al., 2015), which pose a direct threat to the European security.

Indeed, the level of Russia's hybrid warfare could be seen in Ukraine at its best. From the Russian perspective, in Ukraine the hybrid tools applied have been highly successful: Russia did not need to make a single shot to take over the Crimean Peninsula and the West have been divided to such a great extent that it took a while until at least some actions have been taken (Renz et al., 2016).

In Ukraine, since 2014 Russia has been engaged into two distinct stages of actions: the first one being the occupation and annexation of Crimea, and the second one being the invasion of the Donbass region (Kofman et al., 2015). Certainly, Crimea is a highly ad hoc case due to the fact that Russia has had its military bases on land for many decades (Kofman et al., 2015). Nevertheless, the Crimean example is the ultimate example, illustrating how deception, informational warfare, non-conventional and conventional military accompanied by the element of surprise can lead to the annexation of the territory of a sovereign state.

Indeed, Russia's constant use of propaganda through various broadcasting tools and psychological operations highly affected both Ukraine and the West. In Ukraine, especially in Crimea and the eastern part of Ukraine, Russia has been having informational dominance since Ukraine's independence (Kofman et al., 2015), which, indeed, made it much easier to spread messages before and after the actions in Ukraine. For instance, once the Euromaidan began in Kyiv, Moscow was very quick to spread the idea that 'fascists are about to take over the country' (Haran, 2014). Certainly, the West might perceive such message as ridiculous, however, in Ukraine references to fascism have a strong historical meaning. Indeed, the current meaning of 'fascism' might mean pretty much anything associated with the West, however, since during the Second World War Ukraine has been highly affected by Nazi Germany, any reference to fascism creates strong connotations and tensions within the society.

Moscow is also capable of adopting its propaganda machine to up-to-date political realities sharply: once Ukraine announced that, for instance, the status of the Russian language within Ukraine was about to get changed, Russia took this opportunity and adopted its communications to suggest that Kyiv intends to classify ethnic Russians in Ukraine as second-class citizens (Kofman et al., 2015). Indeed, the notion of 'second-class citizens' has been standing at the core of Russia's communications even after the annexation of Crimea; and that, indeed, proves to be effective as the ratio of those who support Russian annexation within Crimea grew and currently stands at 84% (O'Loughlin and Toal, 2015).

The communications directed towards the West have also been adjusted to defend Russia's actions. The general concept of the informational messages to the West was a combination of the ideas that Russia was not invading Ukraine in any way and the notion of 'hypocrisy' of the western countries, which ultimately pose questions of 'what about Iraq, Syria, Libya?', 'what about violence, guns and casualties at Euromaidan?' (Leonor et al., 2016). In fact, these questions were the core messages that RT, the Russian state-owned broadcaster, had been commutating in March 2014 just before and straight after the illegal annexation of Crimea (Leonor et al., 2016).

Certainly, when it came to Crimea, media was only one of the tools in Russia's toolbox. The annexation relied heavily on so called 'green men', who essentially were Russian special forces, and various proxy groups organising protests and campaigns to support the annexation (Chivvis, 2017); and the combination of these tools created a perfect environment for a conventional take-over of the territory (Chivvis, 2017).

In Donbass, Russia's aims are likely to be different, however, the means of achieving them are similar. The media in Eastern Ukraine portrays pro-European side as fascists and as 'US puppets', however, instead of the 'green men' more conventional rebels are inserted to foster civil war within the country (Renz et al., 2016).

The combination of the messages spread in the western countries by the Russian media together with the lack of military marked explicitly as Russian in Ukraine, certainly, to a degree divided the West. The responses proposed on how to deal with Russia following the annexation of Crimea varied from doing nothing to taking a military action (Singh, 2015), nevertheless, in the end the idea of imposing certain sanctions prevailed. However, to this date the sanctions, although certainly damaging the Russian economy, are not capable of solving the crisis (Crozet et al., 2016). The sanctions are not targeting core drivers – gas and oil - of the Russian economy, and the EU still deals with Russia on highly sophisticated but less visible level (Chyong, 2015). Hence, Russia is neither really punished for its actions not motivated enough to act in any alternative way.

The elements of Russia's hybrid warfare described above are important due to several reasons. First of all, Russia is able to adjusting the communications to affect the targeted public in the most emotional and targeted way as well as to use the means of conventional and non-conventional military to take over the territory or to create a civil war within the country, which indicates that Moscow poses a direct threat to other sovereign countries; and second of all, that Russia is capable of affecting the western societies by creating divisions among the states, which ultimately softens the West's approach in dealing with Russia.

The Baltic States: next target?

It is suggested that if Moscow was going to start an operation to take over certain territory within the Baltics, the first target would be either Latvia or Estonia as the size of the Russian population in these two countries are considerably bigger than in Lithuania (AOWG, 2015). Indeed, in Latvia, Moscow uses similar means as in Ukraine to finance various proxy groups to destabilise the country (AOWG, 2015). Generally, Russia does that through its 'compatriots policy' (Chivvis, 2017); and a good example of that is the Harmony Party in Latvia. The party is, indeed, seen as a fifth column in Latvia as the party has established a formal partnership with Putin's United Russia Party. Not surprisingly the party advocates a softer approach towards Russia as well as justifies Russia for its actions in Ukraine (Chivvis, 2017). It must also be noted that the party controls more than 1/5 of the Latvian Parliament and does have a seat at the EU Parliament (Milne, 2014).

Indeed, in Lithuania, Moscow's toolbox is highly equipped: Russia continuously uses economic threats as a tool to influence political elite; the nuclear power facility in Belarus serves as a direct threat and a potential link with both Russia and Belarus; informational propaganda is delivered through both electronic and physical means; and the compatriot policies in Lithuania are much wider to include not only the Russian minority but rather everyone who is or could be loyal to Moscow (Lithuanian VSD Report, 2017). These tools are strongly used in countries such as Poland and Finland, too.

The considerations above indicate that Russia's hybrid strategies are similar to the ones in Ukraine and they do, indeed, pose a clear threat to the security of the Eastern/Northern Europe. Russia is capable of adjusting its tools to fit the 'local needs'; and ultimately could use these tools not only to influence political decisions but also if needed to take over territories of the countries in question.

Mantas Kuncaitis. What are the implications Russia’s hybrid warfare pose for the European Security? (Part 2)