What Georgia, Moldova and Ukraine want from the Brussels Summit 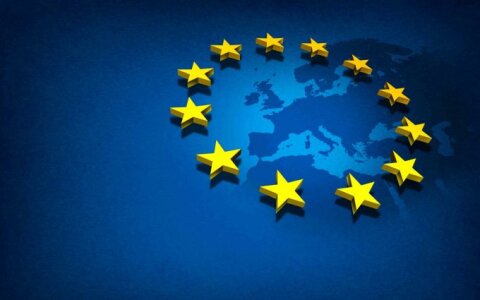 The European Union will hold the fifth Summit of the Eastern Partnership (EaP) in Brussels on November 24. There, the leaders of EU member states will meet with counterparts from Azerbaijan, Ukraine, Georgia, Moldova, Armenia and Belarus.

The summit's main purpose is to underline progress made since the 2015 Riga Summit and outline directions of future cooperation between EU and EaP states. The summit will also involve discussions of how to strengthen cooperation in the four priority areas agreed in Riga:

● Stronger connectivity: enhancing interconnections, notably in the areas of transport and energy; and

The Brussels Summit is the EaP's first since Georgia and Ukraine achieved visa liberalization and issued a joint statement (along with Moldova) calling on the European Parliament "to adopt a Resolution prior to the EaP Summit reflecting political support and reaffirming the appeal to the European Council to opening the Perspective of Membership to the three Associated Countries in line with Article 49 of the Treaty of the European Union."

What should come next after visa liberalization? That question is commonly asked about Georgia's EU integration agenda, serving as a reminder of the willingness of Georgian society to strengthen cooperation with the EU. The public is not satisfied with the visa free-regime only. Georgian Foreign Minister Mikheil Janelidze at the eighth meeting of EaP foreign ministers stressed the importance of the Eastern Partnership Summit for determining new perspectives for deepening Georgia-EU relations and achieving the desired level of integration. As Janelidze made clear, Georgia's desired level of integration is full membership. In a speech he gave at the meeting, Janelidze emphasized the government's commitment and readiness to realize the full potential of integration to provide tangible benefits to Georgian citizens. "Political interest of Georgia is clear for everyone – we are interested in much deeper integration and in full-fledged membership to the EU family", he said.

Georgia's EU ambitions have also been expressed by the chairperson of the Parliamentary Committee on European Integration, Tamar Khulordava: "While discussing the future of the EU, we should not exclude Eastern Partnership countries. Associate partners have an ambition to become members of the EU. The way leading to the EU is irreversible to establish Georgia as a European type of institutional democracy."

Georgia's foreign policy ambitions go far beyond the visa-free regime, with the country continuing to work toward eventual EU membership. Therefore, Georgia will have to push for the next phase of integration, which is the membership perspective. According to the EU's already existing integration models ("Multi-Speed Europe"; "Concentrated Circles", "Differentiated Integration", etc.) Georgia might be able to pursue functional integration, which involves sectoral cooperation for gradual and eventually full integration into the European Union.

Ukraine made its intentions clear at the EU-Ukraine Summit in Kiev on July 12. The Kiev Summit "brought Ukrainians back to a reality that they did not want to admit." The reason for concern was a joint statement of EU leaders which, at The Netherlands' behest, refused to include the text from the preamble of the EU–Ukraine Association Agreement that "the European Union acknowledges the European aspirations of Ukraine and welcomes its European choice." Despite that disappointment, Ukraine is still pushing for the EaP to adopt the principle of differentiation, whereby the EU's partnerships with Georgia, Moldova, and Ukraine will be discussed on a level separate from other EaP countries that have made less progress. In theory, differentiation would create new opportunities for Georgia, Moldova, and Ukraine to achieve far-reaching goals such as obtaining the membership perspective.

Ukraine expects the Brussels Summit to affirm its strengthening partnership with the EU. However, the country is focused more on economic opportunities than on political gestures. The European Commission has already agreed to send Ukraine 600 million euros ($643 million) through the end of 2017. Moreover, the Lithuanian parliament recently proposed the New European Plan for Ukraine. If the plan (nicknamed the "Marshall Plan" for Ukraine) is approved, it would be implemented over 2017-2020. According to the initiative, "Kiev will receive at least €5 billion annually to implement the long-awaited reforms." The "Marshall Plan" for Ukraine will be discussed at the Eastern Partnership summit.

Moldova has gained a lot of benefits from the EU with little effort. However, it seems the country is no longer taking EU support for granted. Today, Moldovan officials are more oriented toward proving effective implementation of reforms than on demanding concrete steps toward future membership in the EU.

"Our purpose is that 2017 would be the year when these beginnings in the reforms sector start to give the first results visible for citizens", Moldovan Prime Minister Pavel Filip said at the third meeting of EU-Moldova Association Council. The Moldovan government's top priority is to convince the country's citizens that closer ties with the EU are necessary: "We will take all needed measures in order to manage to regain the citizens' trust in the European values and in the European way at the end of the mandate" said Filip.

This time, Moldova doesn't have high expectations for the EaP summit. According to Fillip's meeting with political the directors of the Visegrad Group, "the Eastern Partnership Summit, due in Brussels in next November, offers a good occasion to point out the sectoral aspects of the further cooperation within the Eastern Partnership." Moldova is focused on ensuring political stability, implementing democratic reforms, and achieving economic development rather than on sending strong political messages in favor of EU membership.

Joint statements issued by Georgia, Moldova, and Ukraine make clear the final goal of these associated countries: the EU membership perspective. Despite all three countries being at roughly the same level of integration with the EU, Georgia, Moldova, and Ukraine display vastly different degrees of will in advance of the EaP Summit. As the division head of the Eastern Partnership Bilateral Dirk Schuebel stated, "the only place among the countries I am responsible for, which are the countries of Eastern Partnership, the question 'what's next' is raised currently is in Tbilisi." Georgia appears most determined to achieve EU integration while Moldova is still working to resolve internal questions. As for Ukraine, the unique challenges facing the country mean that expectations for the Brussels Summit are oriented toward economic issues.

Mariam Grigalashvili is an analyst at Georgian Institute of Politics (GIP). She is a PhD Student of International Relations at Tbilisi State University. Mariam holds a Master’s in Political Science and Eastern European and Russian Studies from Vilnius University.

What Georgia, Moldova and Ukraine want from the Brussels Summit