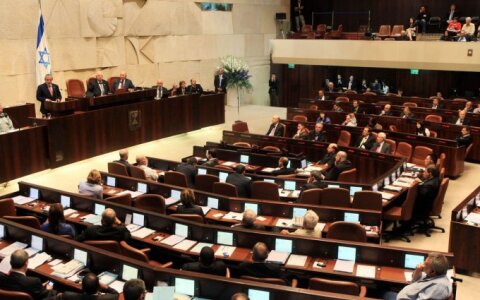 Yuli-Yoel Edelstein, the speaker of the Knesset, the Israeli parliament, is coming to Lithuania on Tuesday.

Edelstein is also to visit a memorial to the Holocaust victims in Paneriai, outside Vilnius, as well as the Jewish Community Center and Sholom Aleichem ORT High School in the Lithuanian capital

Lithuania is one of the strongest European supporters of Israel in the international diplomatic arena. Lithuania in 2011 was one of just 14 countries that voted against Palestine's UNESCO membership. The Baltic country last May voted against a UNESCO resolution condemning Israel's actions in Jerusalem and the Gaza Strip.