Lithuanian school in Sejny to recover EUR 0.5 mln from Poland 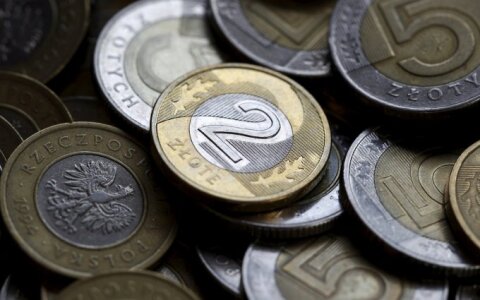 A Lithuanian high school in the northeastern Polish town of Sejny is set to recover more than a million euros from the local authorities after the sides resolved a dispute that had lasted for years.

Sejny authorities have admitted that the town's former heads used to transfer too little money to the Žiburys school. An agreement has been reached in court for the debt to be repaid by 2022, the school's principal, Algirdas Vaicekauskas, told BNS.

The amicable settlement agreement estimates the debt accumulated over a decade at 2.2 million Polish zlotys, or 522,000 euros. The town last May paid a million zlotys to the school, with the rest of the money to be repaid over a period of five years, or around 250,000 zlotys annually.

The debt built up as the town refused to transfer a part of funds for some children.

The foundation that runs the school, in turn, promised to return a part of the interest on the debt (468,000 zlotys, or 110,000 euros) to the town by the end of this month. The local authority pledged to use the money to develop culture and support non-governmental organizations.

"I believe this is the best solution, because we managed to avoid conflicts. We showed our goodwill in order to contribute to the town's development and we expect the same goodwill (from the town)," the principal told BNS.

The school and its kindergarten are currently attended by 108 children. According to the director, the school continues to receive support from the Lithuanian state, which accounts for a fifth of its funding.

Poland's Lithuanians say that their schools lack Lithuanian-language textbooks, a problem that has been addressed for years. Also, examination tasks are poorly translated into Lithuanian, which discourages students from taking exams in their native language.

Around 5,000 ethnic Lithuanians live in Poland. Prime Minister Saulius Skvernelis promised during his trip to northeastern Poland in August that several Lithuanian ministries would join forces to make "systemic decisions" to increase support for ethnic Lithuanians historically living in Poland, the Russian exclave of Kaliningrad, Belarus and Latvia.

Lithuanian school in Sejny to recover EUR 0.5 mln from Poland