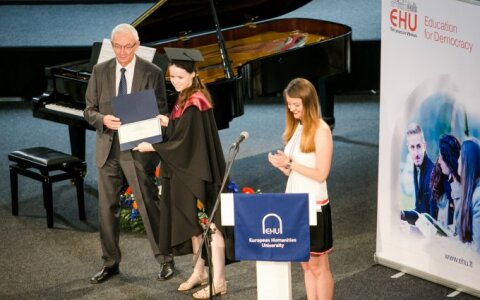 The private university expects a new rector to take office in the first quarter of 2018 after all international search procedures are completed.

Established in 1992, EHU operated in Minsk as Belarus' only independent university until its closure by Belarus' authorities in 2004. It reopened in Vilnius in 2005 at the Lithuanian government's invitation.

David Pollick, who joined EHU in 2014 as a consultant and was later appointed its rector, resigned after fulfilling his original two-year commitment to work in Vilnius.

The university last November launched a call for applications for the position of rector and received 29 applications. The selection committee interviewed three of the candidates and selected one of them as a finalist, but no contact was signed after negotiations. Jorgen Jorgensen is serving as EHU's acting rector.