EU has no legal tools to halt Nord Stream 2 - Vestager 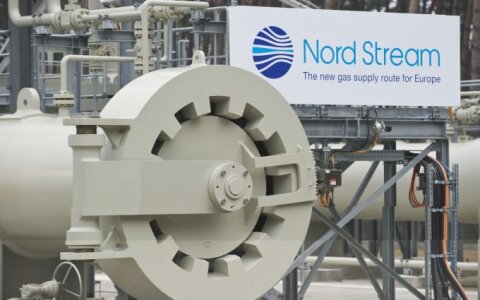 Expansion of the Nord Stream 2 gas pipeline is not in the interest of the European Union, however, the organization has no legal instruments to halt the project, Competition Commissioner Margrethe Vestager has said in Vilnius.

"As said by our Commission president Jean-Claude Juncker, the Nord Stream project is not a project of European interest. (…) That being said, I think we have recogni zed we don't have legal basis to prevent it from happening but we find that we have a legal basis to make sure that Nord Stream is not in a legal void, what if some things happening, then it would be very nice to have an agreement how to deal with this infrastructure," Vestager told a news conference in the Lithuanian capital on Tue sday afternoon.

Lithuania thinks that the gas pipeline under development by Russia's Gazprom and a few European companies would make Europe more dependent on Russian gas and undermine Ukraine as a transit country.

Nord Stream 2 developers want the pipeline to go on the bottom of the Baltic Sea and cross Denmark's territorial waters before reaching Germany.

Miguel Arias Canete, the European Commissioner for Climate Action and Energy, has recently stated that the Nord Stream 2 project was not consistent with the European Union's energy policy objectives.

Supporters of the gas pipeline maintain it would allow slashing gas prices across Europe.

EU has no legal tools to halt Nord Stream 2 - Vestager