When sleeping on a gunpowder barrel 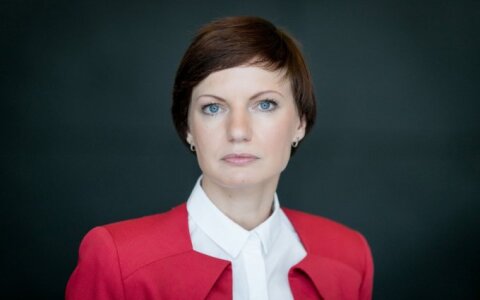 Life in marriage, joint business or political parties is easy when one lacks for nothing and things are going well. The real test only comes when things go awry and misfortune strikes. Two establishment parties are in such a situation right now – the Social Democrats and the Liberal Democrats who are on the verge of breaking apart. And it is unclear if either will make it.

The Liberal Movement is currently plagued by massive problems and what is worse they knew these problems could arise, but did nothing to soften the landing. Furthermore it would appear that Remigijus Šimašius, who resigned from the post of Liberal Movement (LS) chairman on Friday is well on the path to political suicide.

The Liberals were struggling to contain the corruption crisis when Eligijus Masiulis was caught with a box. Internal disputes began and pursuit for scapegoats did nothing to help rally and then the eccentric Antanas Guoga was chosen as the leader. He led the Liberals for only a month, but was very visible in public, shocking companions to perform the party's financial and work audit, leaders to be tested with lie detectors and such.

The Liberals can partly be understood due to confusion because the shock was truly great and unexpected – the party which had great prospects for the coming elections and whose leader was already trying on presidential regalia was suddenly thrown to the bottom. However that the Liberals would struggle with suspicions toward the party and the Central Electoral Commission (VRK) ruling is symptomatic and inexcusable. It shows that after the first shock there was no preparation for potential other impacts, though the political couloirs were already rife with talk for a while that suspicions can be declared toward the party and the Liberals could not have not known it.

The unanimous VRK ruling regarding the pre-electoral training for party members through fellow member Šarūnas Gustainis' Taikomosios Politikos Institutas (Institute of Applied Politics) was a particularly painful blow to the Liberals, they could be left without state grants for future elections. The Liberals strongly denied organising trainings for party members, this way harming themselves both in terms of image and legally. There is talk that the VRK members were irked by the clear equivocation.

The Liberals thrust the blame on Š. Gustainis who organised the trainings, supposedly it was his attempt to raise his influence in the party. Well, it is difficult to worsen Š. Gustainis' image any further, but even obvious things somehow conflict with the Liberals' declarations of transparency and from the event photos it can be seen that these were not abstract talks, but ones about the Liberals' affairs and R. Šimašius' leadership.

Nevertheless, after the VRK ruling the Liberal leader R. Šimašius spoke in almost the same words as Rolandas Paksas. He stated that to him this is more like naivety and misdirection: "What is going on fulfils all the requirements of the process of inquisition. I can see that the more proof gathers, the more the LS is to blame. It is a political process which is not very suitable for this place."

After the elections the Liberals celebrated that having been in such a difficult situation the party overall still managed to enter Seimas and that the elections were "historically the best" for them. However this likely displayed a demand for a liberal power as such, as an alternative to the Conservatives and not the voters' loyalty to the Liberal Movement. The Liberals with R. Šimašius at their head, who is more associated with Vilnius, calmly napped on a gunpowder barrel and took no more radical steps, perhaps in the hopes that the potential suspicions will be absorbed somewhere on their own.

When resigning R. Šimašius pointed to his list of modest achievements and wrote that during his leadership the party "managed to reinforce itself and establish a standard of transparency not found in any other party, thus today, however odd it may sound in the context of the VRK's ruling yesterday, the Liberal Movement is the most transparent party in Lithuania."

Transparency standards are great of course, it would be odd if after such scandals the party would not learn and try to primarily calm at least its members (by the way, currently leaving the party). However when the Office of the Prosecutor General declares such wide ranging suspicions of corruption to the whole party, you can no longer make claims of transparency standards and need to seek other ways of self-preservation. But it would appear that to R. Šimašius himself, more radical changes were not appealing and this caused discontent at the party's top echelons. This exploded with three of R. Šimašius' deputies and finally himself resigning. LS representatives unofficially mention that ever since late September, tensions and divisions into cliques continue within the party.

One of R. Šimašius' core opponents – Petras Auštrevičius – provoked R. Šimašius' withdrawal, criticised him, but has no intention to take lead himself.

It would appear that under difficult circumstances R. Šimašius panicked and in an attempt to appear an active and quick leader, made a number of pointless battle fronts in the Vilnius municipality which only harmed the Liberals themselves.

Removing the Conservatives from the municipal coalition, he began coalition negotiations with Order and Justice and the ribbon of St. George wearing, state security department suspect Polish Electoral Action in Lithuania – Christian Families Union and Russian Alliance coalition Valdemar Tomashevski bloc representatives. The Social Democrats also made use of the hopeless situation of R. Šimašius and presented a long list of demands in return for remaining in the coaltion.

Furthermore R. Šimašius continues to struggle with firing the administration director he brought on-board – Alma Vaitkunskienė. However nicely R. Šimašius may thank her in public, whatever posts he offers, A. Vaitkunskienė vehemently refuses to resign.

As if this wasn't enough, as if the greatest nightmare and conscience hurt, Antanas Guoga returned with a demand to explain whether it is normal that the Lietuvos Rytas basketball club received financial support from the MG Baltic group.

A. Šimašius could find no better response than to expulse A. Guoga from the post of public deputy.

If A. Guoga arrives like a tempest, then the R. Šimašius could definitely have avoided raising the question of the Vilnius bus station right this moment and specifically like this – moving the station to Pilaitė because we cannot come to agreement with the owners on reconstruction. After seeing the reactions they added that not all of the routes will move to Pilaitė, there may be more traffic, there will be need for further dispatches; it is unclear how we will ensure connections between the stations and airport, perhaps there will be busses.

Gediminas Hill began deteriorating even more from the rainfall... Of course there were factors in this that R. Šimašius could not control or delay, however an overall desperate background formed and this did not aid the Liberal Movement's image or unity, already in a difficult situation.

Leading a party or a city is not akin to pressing like on Facebook. And even the Liberal army of trolls helps, usually being sent to attack those thinking otherwise or opponents. Politics is not Facebook, politics is leadership, an art of combining different interests and ambitions without sacrificing the overall goal and the vision for the future. The Liberals must cease bickering, especially in public and finally need to choose a real leader who would grant them stability and would figure out how to escape this hopeless situation. Voters in Lithuania need the liberal idea and party before politics is fully dominated by the populist, catch-all, supposedly professional, platform.

When sleeping on a gunpowder barrel