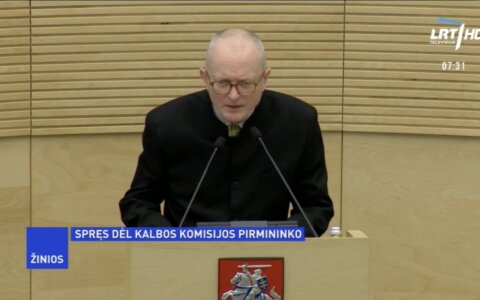 Lithuania's parliament on Tuesday appointed Audrys Antanaitis, editor of alkas.lt news portal, as the new chief of the State Commission of the Lithuanian Language (VLKK).

The designation was approved by 58 votes in a secret ballot during the parliament's plenary, while 25 were against and four abstained.

The bid to appoint Antanaitis was strongly criticized by some of the opposition and eight members of the new line-up of the 17-member commission, questionin