A few moments from the Oyster Festival opening in Vilnius 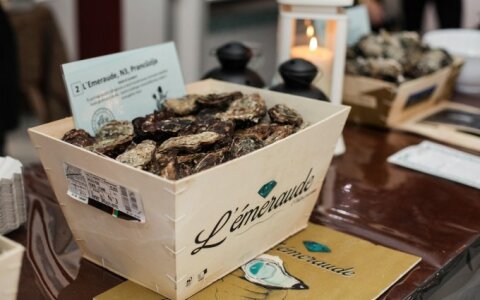 Oysters to the guests from the Bazaar by Bill Phalii
aA

From November the 23rd to the following Sunday the Uptown Bazaar located at the Comfort Hotel and Apartment complex had a four day International Oyster festival.

The brand new Uptown Bazaar has been open since the end of September of this year. At 16:00 Thursday a crowd enjoyed the festival opening with free oysters and champagne. Oysters from Netherlands, Ireland, France, and Spain were served. A variety of champagnes were also complimentary. Most other

A few moments from the Oyster Festival opening in Vilnius