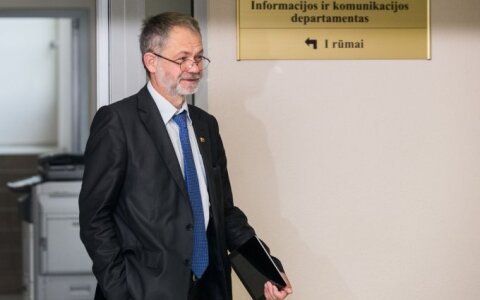 Lithuania's law-enforcement have dropped the investigation into the allegations that MP Linas Balsys drove under the influence of alcohol, as officers failed to collect enough evidence to validate his guilt, prosecutor Egidijus Motiejūnas told BNS.

The breathalyzer used by journalists showed 1.82 per mille blood alcohol content, however, the showing was not saved in the memory of the device, furthermore, VIP Protection Department officials questioned in the case did not confirm seeing Balsys leave the parliament building, board his automobi