B. Gailius. Emigration as a Lithuanian expression of freedom 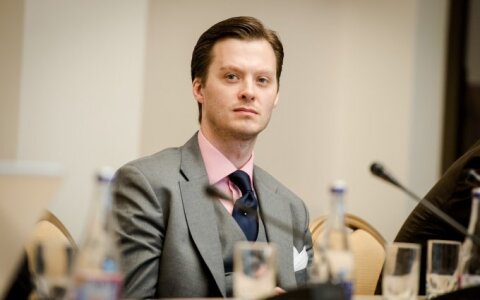 I greatly hope that emigrants have already begun their Christmas visits. In many regards, this comment is intended exactly for them.

I will dare be very unpopular. I am unafraid that Lithuania will empty out, by land or air. Just as every state and every culture, Lithuania is linked not only to people, but also territory. As long as we defend our territory and our constitutional regulation, so long Lithuania will persist, however the image of its citizens will change, Bernardas Gailius writes on LRT.lt.

In my opinion Lithuanian politicians are aiming for incompatible goals. On one hand they wish to develop an EU state which values and recognises free movement of people. But at the same time they wish for people not to make use of this freedom, to not move or to change the direction of movement back to Lithuania at politicians' whims.

Emigrant returning policy is not a good policy. Among other things, it belittles the emigrants. They are pictured as less intelligent individuals who failed to grasp something. Thus the state must pay particular attention to them like to troublemaking kids, needs to explain something, show something, prove something. Then supposedly they will return home.

If the goal of the Lithuanian state is to ensure the freedom of Lithuanians, then we must freely admit that emigration is an expression of freedom. Part of Lithuanians greatly enjoy travelling, they are attracted by treasures and possibilities found somewhere out there, thus they have chosen emigration a number of times throughout history.

Freedom is not a problem for us, but a victory. Lithuania bids everyone fare well. Just prior to the trip we should come to understanding of another important circumstance. The proponents of bringing back dare not tell you this. But I will.

The possibility of emigration itself and the life of the emigrant is ensured by the Lithuanian state itself, which is left behind in disappointment. If there was no Lithuania, those coming from here would not be emigrants. They would be people with no homeland. Syrians, Libyans or even some Ukrainians could tell us how terrible it is. Lithuanians have no such experience. Even during the Soviet era our emigrants were not completely without a homeland.

It is very difficult to imagine that you are from nowhere if you are actually from somewhere. But at least several simple practical things can be conceptualised. That there is nowhere to return and spend money during the holidays, nowhere to seek shelter when the emigration plans failed.

Thus it is not returning the emigrants or their return that should be spoken of. The existence and thriving of Lithuania is greatly important to the lives of emigrants abroad. The logic of the world is ruthless: the more the homeland thrives, the better off the emigrant. Everyone awaits the Swiss, the whole world is as if their home. Lithuanians are unfortunately starting to no longer be welcome in some places.

If Lithuanian emigrants wish to change this, they have to care for the Lithuanian state. In this regard the idea of global Lithuania was and remains a good idea. The state must dedicate resources to unite and maintain emigrant communities and for this the emigrants contribute to the defence of state interests, particularly in international politics.

But even this correct thought is not fully realised. Global Lithuania is still imagined as a cunning state policy. Thus the very popular example of Israel is often misinterpreted completely.

You cannot artificially create such a relation between emigrants and the state. It is forged by trial and error, hard and painful experience. Sometimes it can take incredibly long.

Only if we have all this in mind can we seriously consider the question of dual citizenship. If emigrants unite over Lithuania, care for its welfare, defend its interests and seek to prove that dual citizenship will help do this even better, it would be worth considering. But so long as dual citizenship initiatives reflect only the desperate efforts of the state to maintain a connection to emigrants, we must firmly say no.

For two reasons. Firstly there's insufficient basis for desperation. Second – we have not yet learnt the lessons of freedom in full. Those of us worried that Lithuania will empty out have not learnt it. And the emigrants have not learnt it when they seek solutions without consequences.

Such solutions do not exist. In the family, friendship, community, state – everywhere the freedom of the individual has the same consequences. One individual's choice can take both sides in different directions. If you choose a different citizenship, you go your own way and Lithuania – its own.

It's the truth – freedom is incredibly expensive.

B. Gailius. Emigration as a Lithuanian expression of freedom