US bombers to train in Lithuania 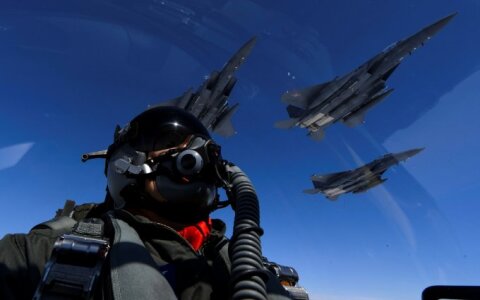 A joint exercise of the Lithuanian and United States Air Forces is scheduled to take place in Kazlų Rūda later this week, involving US bombers, the US Embassy in Vilnius said on Thursday.

The US warplanes will be delegated by the 5th Bomb Wing at Minot Air Force Base in North Dakota.

The embassy did not specify the number and models of the aircraft to take part in the exercise.

According to the press release, the exercise is intended "to improve interoperability between US and Lithuanian forces."

"Joint training with Allied nations, such as Lithuania, contributes to the enduring and strategic relationships necessary to confront a broad range of global challenges, and demonstrates the unwavering US commitment to security in the Baltic region," read the communique.

US military activity in the Baltic Sea region has been increased since the 2014 Russian annexation of Crimea and support of separatists in Eastern Ukraine.

US bombers to train in Lithuania