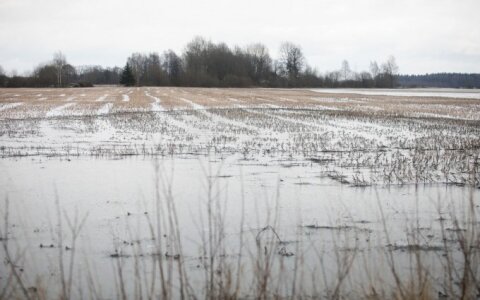 Lawmakers of the opposition Homeland Union–Lithuanian Christian Democrats have collected enough signatures for launching a parliamentary inquiry into land ownership and acquisition processes in Lithuania.

The conservatives took the initiative following reports that Agrokoncernas, a company of Ramūnas Karbauskis, the leader of the ruling Lithuanian Farmers and Greens Union (LFGU), uses land owned by the politician's sons, sister, brother and father, thus possibly circumventing the 500-hectare limit on farmland ownership per natural or legal person.

"We are concerned that widespread agricultural land takeover schemes and the concentration of land in the hands of major landowners possibly contribute to the level of land consolidation and the resulting social and economic problems that are faced by Lithuanian rural areas," Gabrielius Landsbergis, the leader of the Homeland Union, said in a press release.

The initiators have collected 38 signatures, two more than the minimum number of signatures required for setting up a parliamentary inquiry commission.

The initiative was mostly supported by conservative lawmakers, but it was also backed by several members of the Liberal Movement and of the Order and Justice party.

It is proposed that the inquiry should find out what individuals and businesses in Lithuania own more than 200 hectares of farmland and identify cases where large areas of agricultural land are acquired and owned by persons who are not engaged in farming, do not live in Lithuania and "have nothing at all to do with agricultural activities ".