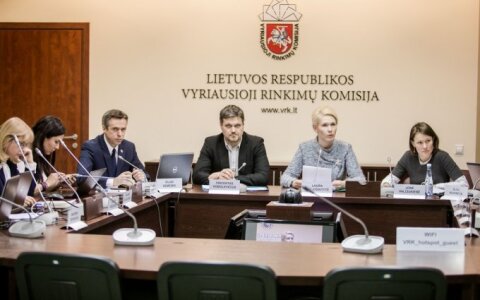 After MP Mindaugas Bastys said he would leave the parliament, new elections in single-mandate district in Zanavykų constituency will take place before this fall.

"So far, the Central Electoral Commission has not received resignation from mister Bastys. As soon as he turns to us, we will have to address the matter, satisfy his resignation, then recognize a vacancy in the parliament and hold new elections. Under the law on Seimas elections, we must hold the elections within six months, so we will probably have to organize the election by fall," Laura Matjošaitytė, chairperson of the Central Electoral Commission, told BNS on Wednesday.

He took the decision to step down after an initiative announced at the parliament to take a repeated vote on revocation of his mandate.

In a secret ballot on Tuesday, 72 of Lithuania's 141 lawmakers voted in support or revoking Bastys' mandate, while 21 were against and 24 abstained. Removal of a mandate requires at least 85 votes.