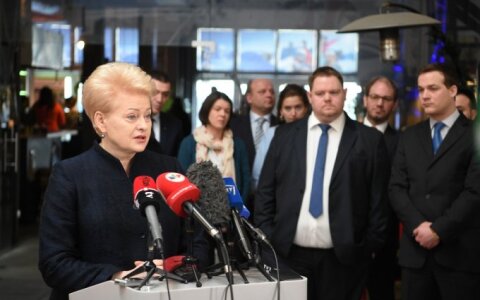 According to the survey, Grybauskaitė was favored by 61.8 percent of respondents in March, while she was disliked by 21.9 percent, while respective figures for Matijošaitis were 56.6 percent and 15.4 percent.

Since February, Skvernelis saw an increase in rating to 54.3 percent of likes and 23.7 percent of dislikes, from respective figures of 49.8 percent and 27 percent.

The Vilmorus survey was carried out on March 2-10.