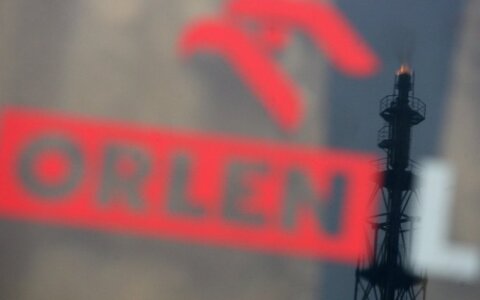 "We'll discuss cooperation with Orlen in general, how our Orlen Lietuva continues to function, what problems there are, if any, what their modernization plans are. We expect them to present us with their vision, because they have ideas," Matulionis told BNS.

"We may sign a joint declaration (...). It's more a kind of courtesy visit by the Polish company's management. We won't sign any special commitments or agreements," he said.

The official added that the declaration, if signed, would be "more a letter of intent".

When asked if the meeting would address the issue of rebuilding a dismantled railway track to Renge, in Latvia, or a possible differentiation of the PSO tariff for energy-intensive companies, such as Orlen Lietuva, Matulionis said that all important issues would be discussed.

Lithuanian Energy Minister Žygimantas Vaičiūnas is also scheduled to meet with the Orlen and Orlen Lietuva CEOs on Tuesday.