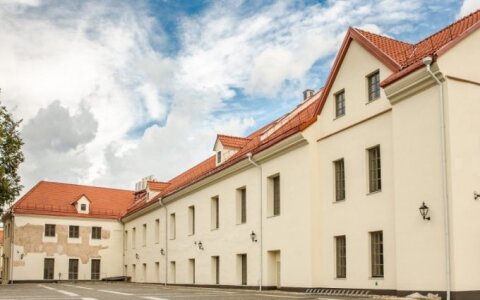 Amendments have been registered at the Lithuanian parliament to allow the Vilnius-based European Humanities University (EHU) to continue its operations in Vilnius regardless of the negative expert conclusions.

According to the changes, the government and the education minister could set special evaluation and accreditation criteria for universities operating in forced emigration, as well as procedures for granting and revoking permits to deliver education.

"We must realize that this is an exclusive case, we have a university in exile that has left an undemocratic country, there are some exclusive conditions that can be stipulated in light of the extraordinary situation. I believe EHU should be given a second chance," said Gelūnas, one of the persons behind the bill.

EHU in late 2017 received a negative assessment from the Lithuanian Centre for Quality Assessment in Higher Education. The government has sanctioned its operations until 2019.

EHU is a private university that was established in Minsk in 1992, but was later closed down by Belarus' authorities. Reopened in Vilnius in 2004, it enrolls nearly 800 students, including 95 percent from Belarus.

EHU's donors include the European Union and the Lithuanian government, with necessities and support to the EHU also provided by a US-based non-profit organization Friends of EHU and a special organization founded in Germany.