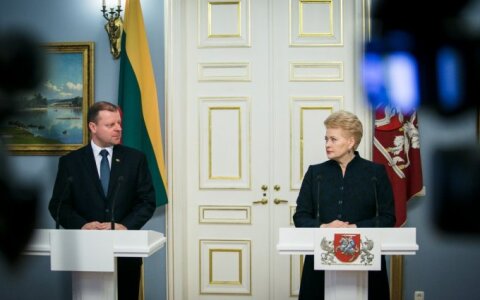 Lithuanian President Dalia Grybauskaitė will not appoint Giedrius Danėlius, an attorney, as the country's justice minister, her press office told BNS on Thursday.

"The candidate nominated by the prime minister, Giedrius Danėlius, will not be appointed to the post of justice minister because of a possible conflict of interest," the office said in a comment.

"An attorney chooses whether to represent and defend one or another client. The candidate's choices to represent clients in a specific political corruption case preclude his appointment to a political position," it said.

Under the Constitution, ministers are appointed by the president on the prime minister's recommendation.