Okinčicas proposes making May 3 holiday in Lithuania as well 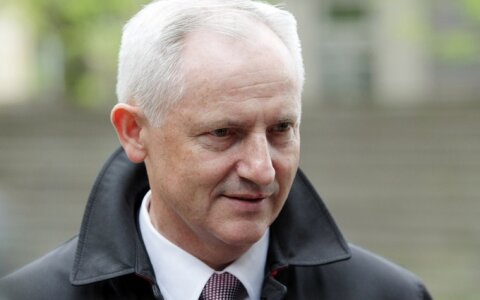 Česlavas Okinčicas, a signatory to the March 11 Act of the Restoration of Independence of Lithuania, says he's proud that Lithuania is slowly starting to mark the May 3 Constitution Day and is suggesting making it a holiday in Lithuania, following Poland's example.

"The May 3 Constitution showed how conflicts can be resolved without bloodshed, peacefully. It showed the value of a political and social compromise. As a signatory to the Act of Independence and a Pole, I am proud that Lithuania is slowly discovering the May 3rd," he told a solemn sitting of the Lithuanian Seimas on Thursday.

"In Poland it’s a national holiday. People in Poland have a day off on that day. I would like to believe that this Seimas will make that decision for people to have a day-off on the Day of the Constitution of May 3, 1791," Okinčicas said.

The Constitution of May 3, 1791 was adopted by the Great Sejm of the Polish–Lithuanian Commonwealth, a dual monarchy of the Kingdom of Poland and the Grand Duchy of Lithuania. It was the first in Europe and second in the world written constitution after the United States' Constitution that came into force in 1789.

Okinčicas proposes making May 3 holiday in Lithuania as well