PM's advisor Jankevicius to be proposed for justice minister - sources 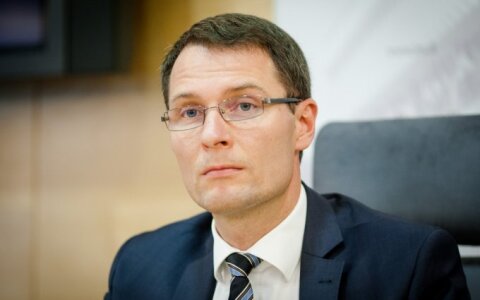 Elvinas Jankevičius, an advisor to the Lithuanian prime minster, will be proposed to become the country's next justice minister, sources have told BNS.

LSDDP holds the portfolio of justice minister under the coalition agreement.

Neither Jankevičius himself nor Prime Minister Saulius Skvernelis' spokespeople would comment on the information.

Under the Constitution, ministers are appointed and dismissed by the president on the prime minister's recommendation.

Skvernelis said on Thursday that he would propose his candidate for justice minister to President Dalia Grybauskaitė on Friday.

Jankevičius held the post of mayor in the southern Lithuanian district of Varėna between 2011 and 2013 and has in the past worked as an advisor to the health minister and as deputy director of the Assets Department at the local authority of the city of Vilnius.

The 42-year-old politician served as deputy interior minister between 2013 and 2016.

The post of justice minister has been vacant since the resignation of Milda Vainiutė in March amid criticism from the president. Skvernelis several weeks ago proposed Giedrius Danėlius, a lawyer, as a candidate for the job, but Grybauskaitė refused to appoint him.

PM's advisor Jankevicius to be proposed for justice minister - sources