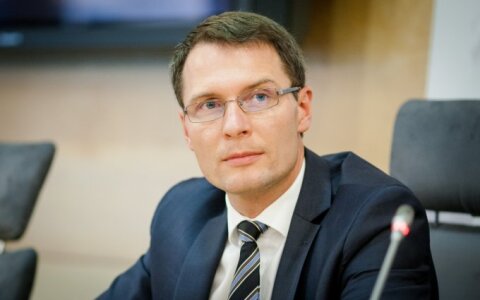 "We have received the prime minister's nomination and a meeting with the candidate will take place at 12 p.m.," Daiva Ulbinaitė, spokeswoman for the president, told BNS Lithuania.

Under the ruling coalition agreement, the Social Democratic Party of Lithuania nominates a candidate for justice minister. The position became vacant after Milda Vainiutė resigned in March, following the president's criticism over the situation in the prison system.

Under the Constitution, ministers are appointed and dismissed by the president on the prime minister's recommendation.

It's Skvernelis' already second candidate for the position after the president rejected his previous candidate – lawyer Giedrius Danėlius – over a potential conflict of interest.

Jankevičius held the post of mayor in the southern Lithuanian district of Varėna between 2011 and 2013. The 42-year-old politician served as a deputy interior minister between 2013 and 2016.