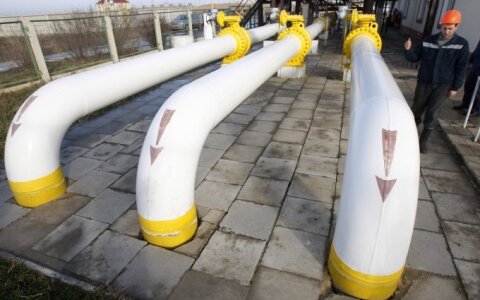 Lithuania's parliament on Thursday adopted an updated National Energy Independence Strategy. The strategy has been updated after six years.

In the document, Lithuania sets itself a long-term goal to produce all power for its needs, with a particular focus put on the development of "green" energy.

The document was backed by 103 Lithuanian lawmakers, with no votes against and two abstentions.

The strategy stipulates the integration of Lithuania's energy system with the system of the European Union, which will include the power system's synchronization with continental Europe and the implementation of the Gas Interconnection Poland–Lithuania (GIPL) which will allow effectively using the LNG terminal in Klaipėda.

Related articles
After 2024 “Independence” may sail away from Lithuania
Dainius Kreivys. Energy strategy: a clear vision, but no objectives and actions

Under the strategy, the share of power produced locally should make 35 percent of the whole energy consumed in Lithuania in 2020, and this share should rise to 70 percent by 2030 and reach 100 percent in 2050.

Renewables will become the key source of energy in all sectors, including the production and transmission of electricity, heating and cooling energy.