We are closer to synchronization as never before, Lithuanian energmin says 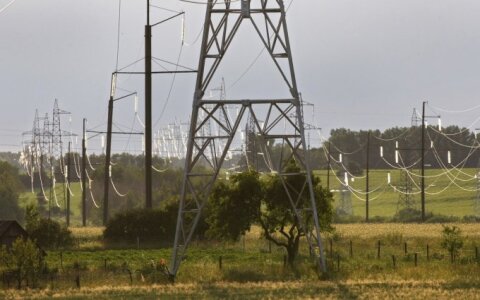 The synchronization of the Baltic states' power systems with continental Europe has been given a strong foundation after the Baltic states, Poland and the European Commission signed a political deal on Thursday, Lithuanian Energy Minister Žygimantas Vaičiūnas says.

"This agreement means a lot as we have never been so close to synchronization as we are now after the signing of this agreement. It's important because specific steps are confirmed at the highest level, a specific schedule on what must be done. With no doubt, it's very important that we have a political commitment on the implementation of these steps. (…) We have a very strong foundation," the minister told BNS Lithuania.

In his words, necessary calculations should be done by the end of this summer and an application to ENTSO-E, the European Network of Transmission System Operators, will be submitted in September.

"The formal start of the synchronization should be in September when an ENTSO-E application is submitted under this agreement. Then many other steps will be needed, including a request to the European Commission regarding funding, the technical preparation of projects. We have a very clear schedule, this agreement sets it, that the synchronization goal is 2025 and all necessary action should be taken by then," Vaičiūnas said.

He also confirmed that the synchronization process will take place via the LitPol Link interconnection, and a submarine interconnection with Poland is also under consideration.

"The essence of this deal is an AC/DC scenario, plus additional technical measures. (…) We are starting synchronization from the LitPol Link interconnection, and a marine asynchronous interconnection with Poland," the minister said.

We are closer to synchronization as never before, Lithuanian energmin says