The Dutch musical touch to a Lithuanian State Day 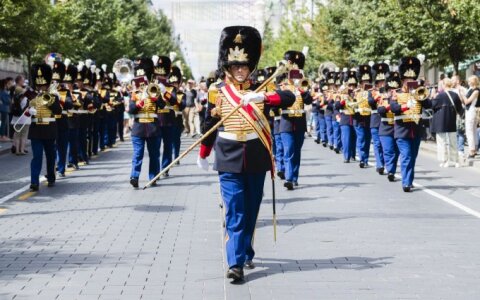 The Lithuanian Military Orchestra, also dressed in festive red handmade 18th Century replica uniforms, joined their Dutch colleagues. They both performed individually a number of marches and songs before joining in one large band playing a medley of crowd-pleasing songs.

Some of Lithuania's elite troops performed some amazing acrobatic performance with their guns that left the enthusiastic crowd in awe. Following that performance, the bands marched back towards Cathedral square. The Netherlands Royal Military Orchestra will be playing still one more concert tonight in the Capital.

The Dutch musical touch to a Lithuanian State Day