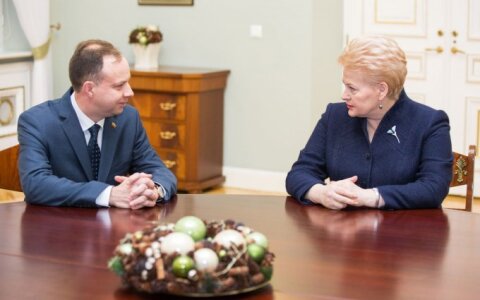 Lithuanian Health Minister Aurelijus Veryga says it is regrettable that President Dalia Grybauskaitė did not make her comments on the planned overhaul of health care facilities before vetoing the legislative package.

"It is very unfortunate that uncertainty arose only at this stage, because all of the reform-related pieces of legislation had been regularly discussed with the president's team and any legal uncertainties could have been resolved prior to the adoption by the Seimas," he said in a comment to BNS.

The minister said that he would repeatedly consult law experts and the president's team on the legal issues and possible incompatibility with the Constitution.

Veryga expects the Seimas to pass all the necessary legislation for the reform during its fall session.

"It is very regrettable that reform-related decisions are delayed, because some health care providers are already facing various difficulties, and municipal mayors are waiting for decisions to be able to more efficiently organize the network of health care facilities," he said.

The minister insisted that the changes were not aimed at closing down any hospitals or discriminating against private healthcare providers.

He said that the legislative package included a number of decisions designed to streamline the management of health care facilities, such as a management board model and rotation of directors.

Grybauskaitė says that the amendments restrict patients' constitutional right to choose their health care provider and violate the principle of fair competition.